10 Best Tank Mates for Your Goldfish

10 Best Tank Mates for Your Goldfish Goldfish are beautiful, much-beloved creatures in the fish keeping hobby, but sometimes it can be nice to add a little variety to their aquariums. We’ve been keeping goldfish …

10 Best Tank Mates for Your Goldfish

Goldfish are beautiful, much-beloved creatures in the fish keeping hobby, but sometimes it can be nice to add a little variety to their aquariums. We’ve been keeping goldfish for many years and have compiled a list with our top tips and recommendations to keep them happy. 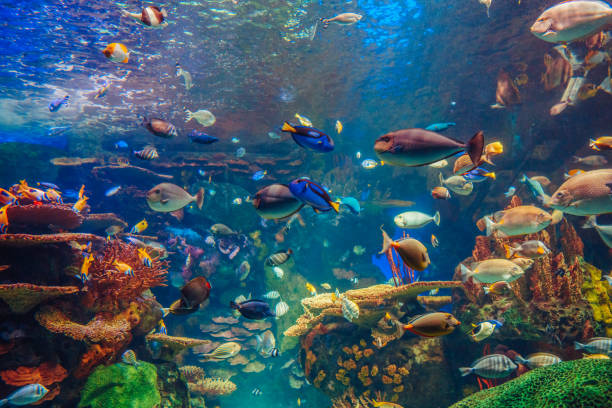 What Kind of Fish Can You Keep With Goldfish?

These are some general guidelines that you can follow if you have ever seen a cool-looking fish or wondered if it would be a good match for your goldfish.

Avoid aggressive fish which could pick on your goldfish. Goldfish are generally peaceful and will not be able to cope with large cichlids such as African cichlids or barbs. – Consider how fast your goldfish is. Common goldfish (also known as single-tailed or comet goldfish) are very fast swimmers and have a higher likelihood of swallowing things they shouldn’t. Fancy fish are slower and more likely to be bullied by other fish. Avoid small, spiny fish. Fancy goldfish love to explore and take everything into their mouths, including food, substrate, and fish. We want to avoid species that are too small to fit into their mouths. When choosing tank mates, consider the maximum size of a full grown goldfish. Also, watch out for smaller fish with spines, like otocinclus or cory catfish, which could potentially get stuck in a goldfish’s gill plate if swallowed. – Keep tank mates that can live in the same conditions as goldfish. Goldfish mainly prefer cooler temperatures from 50-70degF and can live at room temperature without a heater. For many fish on our list, this environment is on the lower end of their comfortable temperature range. A diet that caters to goldfish must also be available for tank mates. There is a chance that the goldfish may become constipated if you add a tough predator to their diet.

Here are the top 10 tank mates we have tested and found compatible to goldfish, keeping these rules in mind.

This amazing oddball fish looks like a miniature stingray and acts like a plecostomus (or pleco). It eats algae, collects food scraps and grips glass tightly enough that goldfish cannot take them off. Best of all, they enjoy cooler temperatures just like goldfish do. This fish category includes the reticulated hillsstream loach (Borneo sucker loach), Chinese butterfly loach (and many other flat-bodied loaches).

Loach from a hillstream

Cory catfish don’t make a good addition to goldfish tanks. Their fins are too small and can be stuffed into the mouth of a goldfish. But what if you could get a giant corydoras? The Brochis multiradiatus is also known as the hognosed catfish, or Corydoras multradiatus. This gentle bottom dweller can reach up to 4 inches in size and looks a lot like an overgrown cory catfish. They make excellent clean-up crew members because they enjoy digging through the substrate, vacuuming up leftovers, and are great at cleaning up after themselves. They do have spines on the pectoral and dorsal fins. However, we haven’t found this to be an issue as they are too large to be eaten by goldfish. Dojo loaches or weather loaches are like foot-long hot dogs. They love to swim and burrow in gravel and eat whatever you throw at their feet. These friendly creatures are great additions to goldfish tanks as they thrive in cold water. They are usually available for $5 for the standard version, and $10 for the specialty or albino variants. Dojo loach is the best choice for goldfish tank mates.

Although this choice may be controversial, some online users claim that they can even eat the slime coat of a goldfish. In practice, we find that this occurs more with larger plecos that aren’t getting enough food (because the goldfish are gobbling up everything). It is easier to care for a smaller species, such as the bristlenose pleco. They will often be found eating algae, driftwood, or morsels in the substrate. We recommend waiting until the lights dim and the goldfish are calm before you target feed the pleco a delicious meal of sinking wafers. These plecostomus also go by the names bulldog pleco and rubber lip. They are similar to bristlenose plecos but don’t have any bristles. They are similar in size and require the same care. They can grow up to 5-6 inches long. Most of them have spots either on their face or covering their whole body and are commonly sold in pet store chains. This peaceful algae-eater is a good choice if you are looking for a pleco without “facial hair”.

Cold water minnows are a great option if you don’t have fancy goldfish. They are inexpensive and can be schooled together. They grow to about 1.5 to 2 inches in length. When you first buy them, they’ll be much smaller, so consider growing them out (and even breeding them) before adding them to the goldfish tank. Yes, these fish can fit in goldfish mouths, but they’re very fast and nimble compared to the slower fancy goldfish and are difficult to catch. If one is accidentally eaten, it won’t cause any harm to the fish.

There are many varieties of white cloudminnows. They add a lot of activity to your aquarium and are fun for goldfish to chase and watch. Along the same vein as the white cloud minnows are the amazing ricefish. The cold water family includes many species in a variety of colors, including blue, orange, and platinum white. They are not as affordable as white clouds at $5-10 per fish, but they can be bred easily and make a great complement to other fish on the list. Remember that they can add to the aquarium’s bioload (or total waste load), so ensure you have enough tank space to accommodate both the goldfish, and any tank mates. This spiny but docile catfish looks like a supersized otocinclus that grows to 5 or 6 inches long. The flag tail hoplo is Dianema urostriatum, spotted hoplo and tail bar hoplo are all different species. Hoplo catfish have long whiskers that help them constantly scavenge for food. Hoplos, unlike the rubbernose and nocturnal bristlenose plecos that eat at night, eat during daylight hours so you don’t have to feed them. Although a livebearer is a fish that gives birth to young, it can be a good choice for a goldfish tank mate. We’ve had great times with this match-up in the past. Variantus platy (Xiphophorus variatus), is the only one that can live in cooler water. Livebearers are sometimes criticized for their ability to give birth to many children. However, in this instance, your goldfish can happily eat the majority of the fry, keeping the population under control.

Platies come with a wide range of colors and patterns. A school of yellow or blue platies may be the right choice to compliment your orange goldfish. Platies are great as a clean-up crew member, picking up algae and any food that may be hidden in the tank. At the beginning of the article, we recommended staying away from semi-aggressive and aggressive barbs, which is a shame because many barbs can survive in cooler waters. There are many peaceful barbs, such as rosy barbs, that can live with your goldfish if you just follow a few rules.

Tip 1 is to create a larger school for rosy barbs in order to reduce bullying. A group of 10 or more fish (with more males than females, as males tend to be more aggressive) will make them more happy and allow you to have your own fish. Tip #2 is to find the long-finned variety of rosy barbs.

The flowy finnage will slow down this speedy swimmer so that the goldfish get a fair share of food during mealtimes. Tip #3: Keep rosy barbs together with single-tailed common goldfish. The barbs might still be too fast to your fancy goldfish’s taste.

If you follow the tips and examples provided, you will be able to find other tank mates that are suitable for keeping goldfish. You should consider the size, temperature, diet, pH and aggression of your tank mate. If you find a species that fits all the right criteria, it may be the next perfect roommate for your goldfish aquarium!

For more information on fancy goldfish, make sure to check out our full care guide that covers their desired living conditions and favorite foods to eat.

How to Clear up A Cloudy Fish Tank

How to Pick The Best Planted Aquarium Light