Care Guide for Clown Killifish – Colorful, Top-Dwelling Nano Fish Looking for a colorful, little fish that stays in the upper third of your nano aquarium? Epiplatys annulatus is also known as the clown-killi, rocket …

Looking for a colorful, little fish that stays in the upper third of your nano aquarium? Epiplatys annulatus is also known as the clown-killi, rocket killifish and banded panax. These common names come from the alternating vertical bands of dark brown and tannish-yellow on its body and the vibrant, flame-like tail that males possess. While adult killies can reach up to 1.4 inches (3.5 cm), most of the fish sold at stores are juveniles around 0.5 inch long and won’t display their true red, yellow, blue, and orange colors until you bring them home and raise them to maturity. 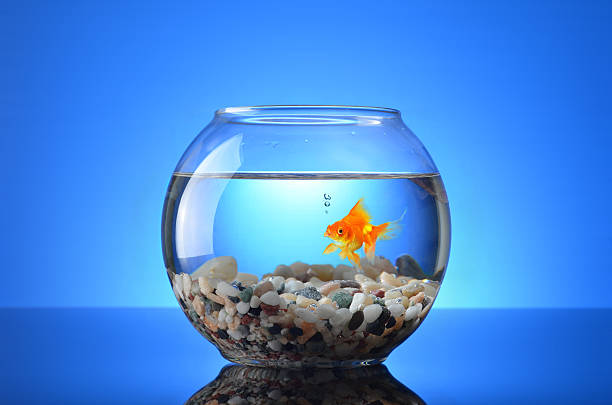 How to Set Up an Aquarium for Clown Killifish

Because of their small size, rocket killies are one of the few species that can live in a 5-gallon nano tank or larger. As with most surface-dwelling fish, the key is to keep a tight lid or hood with all of the gaps covered so that they won’t jump out of the aquarium. The fish are native to slow-moving rivers and swamps close to the coast of West Africa. Therefore, a gentle filter with low flow (like an sponge filter), and plenty of floating plants is necessary.

Like most killifish, they can live in cooler temperatures ranging from 67-80degF (19-26degC), so you can keep them in an unheated aquarium with other cold water species. In fact, lowering the water temperature can help slow their metabolism and lengthen their life span, which is only about 2-3 years long.

Because of their brightly colored tails, you may be tempted to get all males, but they can sometimes be a bit territorial with each other. Instead, aim for a ratio of 1 male for every 2-3 females. The clowns will be more comfortable with their surroundings and can display their natural social behaviours.

They are a fun community fish and get along fine with other peaceful fish that aren’t big enough to eat them. We have previously kept them celestial Pearl danios(Danio margaritatus), Norman Lampeye killifish (“Poropanchax norme”), chili rasboras (“Boraras brigade”), chili rasboras (“Boraras boritae”), pygmy Cory catfish (“Corydoras piygmaeus”), snails and other nano-species. As with many killifish, the banded panchax tends to stay near the surface of the water, so consider adding some tank mates that swim in the middle to bottom layers of the aquarium for greater visual variety.

A clown killifish can live with a Betta fish. This depends on the personality of the betta. Some bettas don’t like other colorful fish that swim in the top third of the aquarium, so rocket killies would not be a good pairing. Some betta fish will not mind having company, and they will ignore you. You can keep them together or separate them if necessary.

Can clown killifish live with dwarf shrimp? In general, clown killifish do not seem to eat adult dwarf shrimp, such as cherry shrimp (Neocaridina davidi), Caridina shrimp, and ghost shrimp. If you are selling shrimp for profit, we do not recommend keeping baby shrimp together. Provide more aquarium decorations and live plants so that the shrimp will have plenty of places to hide if necessary.

What Do Clown Killifish Eat?

Due to their small mouths and preference to swim near the water’s surface, you can offer them a variety of tiny floating foods like Easy Fry Food, crushed flaflakes and freeze-dried daphnia. They are also open to slow-sinking foods like live baby brine shrimps, frozen cyclops or Hikari Micro pellets.

How can you breed rocket killifish?

If you have the right ratio of males to females as mentioned before, breeding should be fairly easy. Clown killies are attracted to dense floating plants such as dwarf water lettuce or riccia, which have clean water and abundant food. To ensure the best fry survival rates, keep the eggs in a special species-only tank. Once the eggs hatch, you can either separate the grow-out tank or a box to house them. You can give the eggs to hatch in approximately 1.5 weeks. After that, you can feed them small foods such as vinegar eels and powder fry food. Use dense floating plants to encourage spawning, provide more cover for babies, and if you intend on colony breeding (i.e. keeping the adults together with their fry),

Clown killifish are one of our favorite nano fish because of their peaceful nature and striking appearance that looks amazing in a planted aquarium. You can find more ideas on how to stock a 5-gallon fish aquarium with clown killifish by visiting our top 5 stocking tips.