Care Guide for Forktail Blue-Eye or Furcata Rainbowfish Guppies, platies and zebra danies are popular choices because they’re small, lively, and colorful. But if you’re looking for a slightly uncommon fish to liven up your … 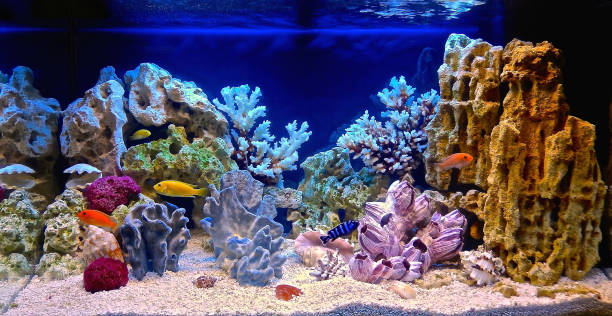 Guppies, platies and zebra danies are popular choices because they’re small, lively, and colorful. But if you’re looking for a slightly uncommon fish to liven up your aquarium, let us introduce you to the forktail or furcata rainbowfish.

What is Forktail Rainbowfish?

Pseudomugil fucatus comes from the rainforests of Papua New Guinea. Clearwater streams are teeming in plant life and it is frequently found there. This 2-inch (5 cm) rainbowfish is known for its glowing blue eyes, yellow fins, and distinct fork pattern on the tail. It almost seems like they are waving little pom poms while swimming around because of the yellow tips on the pectoral fins. The females of rainbowfish are less colorful that the males. However, it is recommended to get 1-2 females per male. In the presence of females, males display brighter coloration and “spar” with each other in a delightful, circular dance.

Furcata rainbowfish are known for their yellow “pom-poms” that frantically wave while they swim. 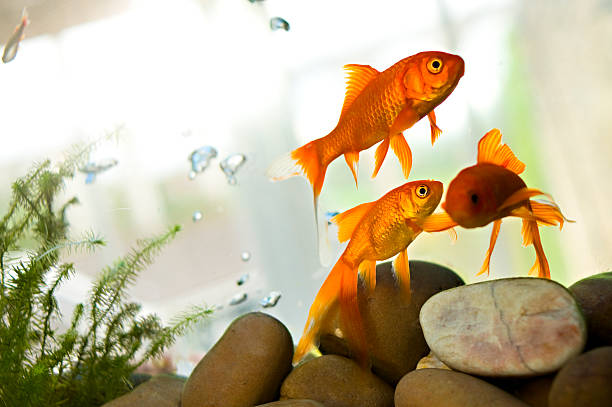 How to Set Up an Aquarium for Furcata Rainbows

This nano fish is quite the speedy swimmer, so set up a 20-gallon aquarium or bigger to give them plenty of room. They can be kept at temperatures of 75-80°F (24-27°C), with a slightly alkaline pH over 7.0 and a minimum of 5° (90 ppm). Rainbowfish tend to swim in the upper half of the aquarium, so an aquarium hood or lid is a must to prevent them from jumping out. Given their natural habitat, consider creating a forest of live aquarium plants for them to explore and swim between.

As a schooling fish, they appreciate being surrounded by as many of their own kind as possible. To ensure rainbowfish don’t get over-purchased, fish shops often sell male-female rainbowfish pairs. Therefore, it is a good idea to have at least three pairs of rainbowfish (or two males plus four females) in your aquarium.

What fish can live with forktail rainbowfish? These happy-go-lucky fish can live with almost any peaceful community fish of similar size, such as corydoras, tetras, and rasboras. They can outcompete slower-moving fish at mealtimes so make sure to keep an eye on food situations to ensure everyone has a chance to eat. They were not a problem with the adult dwarf shrimps, but will eat any baby shrimp that catches their attention. Also, we have successfully kept Pseudomugil rainbows in community tanks with a betta fish, but it all depends on the betta’s temperament so be prepared to remove him if necessary. Furcata rainbows, which are peaceful community fish, do well in planted aquariums.

What do Forktail Blue-Eyes eat?

These fish are small and have very small mouths. Therefore, they should be fed a wide variety of foods that provide them with healthy nutrients. They are not finicky at all and like to eat:

How to Breed Furcata Rainbowfish

Rainbowfish tend to be a bit pricier than your average tropical fish, and Pseudomugil rainbows do not live very long – maybe two or three years. Forktail blue-eyes can be bred as long as both sexes are present and the fish aren’t too old. Raise the temperature to around 80degF (27degC) and feed plenty of food to condition them for breeding. Plus, add a DIY yarn spawning mop or large floating plant with long roots (e.g., water sprite) that is easy to remove.

Males can mate with multiple females per day. This is one reason why you may get more females than men. The females will then deposit large eggs in the floating roots or spawning mop. For hatching, make sure to check the spawning media every day. To prevent eggs from growing fungus, some hobbyists add a few drops to methylene blue. The egg’s hatching time will vary depending on the water temperature. You can feed the fry infusoria, vinegar-eels, or powdered fry food. For fast and healthy growth, switch the fry to live baby salt shrimp once they have reached a certain size. The two females shown above don’t have as much yellow coloring on their fins than the males.

Daphnia Culturing – how to Raise Daphnia

7 Popular Fish you should Try in A 20-Gallon Aquarium