Daphnia Culturing – how to Raise Daphnia

Daphnia Culture – How to Raise Daphnia What would it be like to have your own Daphnia, also known as water fleas? These tiny plankton-like freshwater crustaceans grow to about 3 millimeters in length or …

Daphnia Culture – How to Raise Daphnia

What would it be like to have your own Daphnia, also known as water fleas? These tiny plankton-like freshwater crustaceans grow to about 3 millimeters in length or less. These adorable little creatures can be seen swimming almost vertically within their tank. They live quite happily in large groups within a tank, so that you can harvest them when you need them to feed your fish, tadpoles, salamanders, newts, or aquatic insects. 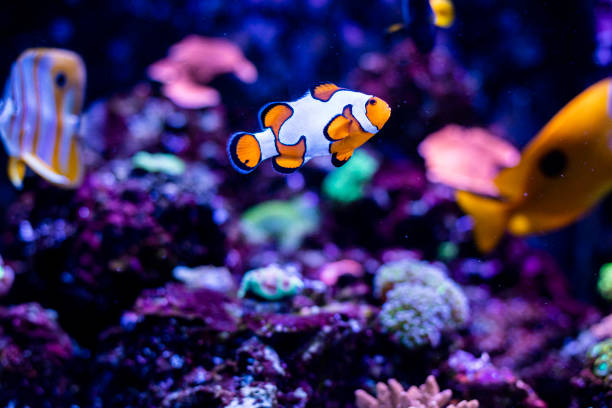 This article will cover everything you need to know regarding these tiny Daphnia so you can have a continuous, fresh and profitable food supply.

Setting up a Daphnia Tank

Daphnia are freshwater creatures that can be kept in a tank as small as 5 or 6 gallons and all the way up to 360 gallons! A tank should have a larger surface area than its depth. That helps mimic their natural environment of ponds and other freshwater habitats. A store sized 360-gallon tank used to cultivate thousands of Daphnia for hundreds of fish measures six feet long, four feet wide, and only two feet tall. For smaller tanks, choose ones that aren’t too deep.

It’s more than just setting up a tank. The ecosystem they thrive in includes freshwater plants such duckweed, shrimps and snails as well as algae. Daphnia keep the water clear just as saltwater shrimps. However, when you have many of them, the water can appear much darker than it really is. They prefer to live at the top of water, especially for the juveniles and babies.

You want water temperatures to be around 68°F (20°C). Freshwater plants like duckweed can be added, too. A Wonder Shell is a great way to increase the electrolyte and mineral content. It increases the hardness of the water and acts as a dechlorinator.

Daphnia can be killed by chlorine, so make sure to properly condition your water. You should change your water every month. Also, take half of your tank’s water out and replace it with dechlorinated water. You can add fresh fish water from another aquarium or your own pond. Water that has been stored for a while is more beneficial.

Daphnia are sensitive to light so keep a light on the tank all day. Daphnia will gravitate to light.

It is very important to place the tank in a suitable location. While some Daphnia owners keep theirs outdoors, it’s best to bring the tank inside due to the following reasons:

– Temperature – there are fewer temperature fluctuations indoors. – No mosquito larvae. If mosquito eggs aren’t eaten, larvae turn into mosquito larvae. You can prevent invasive species by keeping your indoor tank free of Copepods (“Cyclops”) and other species.

What about aeration. This is a popular and confusing topic when it comes to keeping Daphnia, and there’s a lot of conflicting information. Aeration will give you a higher yield, so it is recommended. Daphnia love a coarse, weighted air stone that doesn’t sink. Medium-sized bubbles can have a rapid rolling boil consistency. When you position the aeration at one end of the tank, the Daphnia can swim to the other end if they want calmer water. Water flow will be maintained by standard airline tubing. It is better to have moving water than stagnant. This makes sense because, in the wild, Daphnia living in a pond or stream would thrive well in moving water. It will increase your yields.

Another problem that aeration solves is keeping freshwater plants such as duckweed in check. The constant bubbles can clear a space.

You don’t have to keep duckweed and Daphnia in your tank. Especially if you have a very large tank with Daphnia, it helps to have more debris feeders like freshwater shrimp and snails. You should choose ones that don’t prey upon the Daphnia. They will clean out the bottoms of the tanks by eating extra yeast or other microscopic particles.

There are many myths that you may have heard or read about when setting up your Daphnia aquarium. Let’s go through them one by one:

You don’t need green water or to start with green water for Daphnia. Daphnia are such great water cleaners that they can clean up lots of gallons in a matter of two days. Don’t be afraid of adding lots of food yeast or spirulina. They will eat lots! Because the Daphnia are quick to clean up the water, the smaller the tank the more green water you will see.

In addition to #2 above, the Daphnia populations are on the rise. You shouldn’t underestimate their appetite and the speed at which they reproduce and grow. Even with daily harvesting, you still have a lot of breeding population to handle.

– How to Handle the Daphnia Crash

Since Daphnia breed so rapidly and in such large numbers, you could have population crashes. This is especially true of smaller tanks. More water can handle more waste from the Daphnia, so bigger tanks are better. A 55-gallon tank is recommended.

What can I feed Daphnia

Daphnia live in natural pond environments, where they eat algae, bacterial flora, as well as tiny plankton species. In your tank, though, you will feed them active dry yeast. It is the same stuff that you use to make bread. This is a semi-dormant type of cake yeast. To activate the cultures, mix the yeast and a little water. An immersion blender may be more convenient than hand mixing. Your Daphnia food is now ready.

Spirulina powder can be added to your Daphnia aquarium. It’s an algae superfood, which turns the water green.

How often should Daphnia get fed? It all depends on how clean the tank is. Once the water is clear, that’s when it’s time to feed. Sprinkle the yeast mixture onto the surface. The Daphnia become very active at feeding times.

Daphnia can also eat algae. You can grow these green plants alongside your tanks.

How to Harvest Daphnia

It is easy to remove your Daphnia live from your aquarium to feed your fish or other aquatic animals. All you will need is a handled fine mesh aquarium strainer net and a container to put the Daphnia in.

Gently scoop the strainer through the high-density Daphnia at the water surface to get as much as you can. These Daphnia are a light brown in color, so you will see a lot of them in the bottom of the net. Gently lift the net from the tank and shake it to remove the rest of the water. Only scoop through a few times, and don’t make your movements too fast or ‘swishy.’ That will drudge up the debris from the bottom of the tank. Stick to the surface of the tank.

You can get a surprisingly large amount of Daphnia after just a few light scoops. They’re so tiny. Once you’ve harvested your Daphnia, you can transfer them directly to the fish tank for feeding or put them in a tiny water jar for fish feeding within the hour or so.

Harvest a lot! Harvesting too much won’t cause a population to die. They will only reproduce quickly. Harvesting is a good way to prevent crashes and make life easier for existing Daphnia.

How to Hatch Baby Brine Shrimp For Fish Fry