How to Culture Microworms For Fish Fry

How to Culture Microworms for Fish Fry Live foods are extremely useful when breeding fish because their enticing movements encourage the babies to eat and grow at a faster rate. Some fish such as rainbowfish, …

How to Culture Microworms for Fish Fry

Live foods are extremely useful when breeding fish because their enticing movements encourage the babies to eat and grow at a faster rate. Some fish such as rainbowfish, betta fish and ram cichlids produce tiny offspring which are not large enough to be able to eat traditional fry foods like crushed flakes or live baby brine shrimp. Instead, you can easily start a culture of micro, banana, or walter worms to keep the babies happy and healthy.

A “micro worm” is a common name for a nematode or roundworm found in the Panagrellus genus. The most popular types used in the aquarium hobby are (in order of smallest to largest):

They are about 1-3 mm long and approximately 50-100 nm in diameter. This is slightly less than vinegar eels. (By comparison, brine shrimp that have just been hatched are approximately 450 microns long, so even the smallest fry can eat nematodes as noodles. Female roundworms reach maturity when they are 3-4 days old and can produce 300-1000 live young in their lifetime, depending on the species.

How to Start a Micro Worm Culture

Banana, walter, and micro worms are almost identical in their care requirements, so the rest of the article refers to all three types of roundworms generically as “microworms.” Do not use the following instructions for grindal or white worms, which are annelid worms and need a different kind of setup.

1. These materials should be collected:

1. Cover the bottom with a layer of mashed potatoes flakes, about 0.5-inches (1.5 cm). Continue to add a little water to the mixture and stir it until it resembles fluffy, light mashed potatoes. The mixture should not be too dry and crumbly nor wet and soupy.

Note: We have found that yeast does not appear to affect the growth of the cultures. Instant mashed potatoes or baby rice are preferred over other types of cereals because they don’t emit a strong smell like oatmeal.

1. After the mixture has been incorporated into a container, spread it out evenly. Then add a tablespoon of starter worm cultures. The worms should be spread on the medium.

1. You can make a small opening (approximately 1cm x 1cm) in the middle of the lid with a razor blade, hole puncher or hole saw. This will allow the roundworms to breathe. Cover the hole by taping on a small patch of fabric or stuffing it with a wad of filter floss. This prevents flies or other pests from entering the container. Close the container.

Notice: When you’re making a large worm culture, it is better to wrap the entire tray in a blanket than cover the holes in its lid.

1. The date you created the culture, along with the type and number of roundworms used, should be labelled. The container can be stored at ambient temperature. 2. To make multiple microworm cultures, repeat Steps 2-5. The medium may become spoiled, moldy, infested by bugs, or filled with worm waste, so it helps to have some backups to work with. 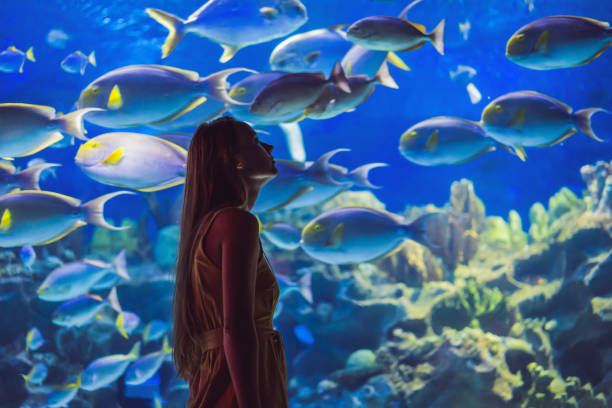 How to Harvest Microworms for Fish Feeding

Some worms may climb out of the medium onto the walls and make it easier to collect them. Use your fingertip, cotton swab or a cheap child’s paintbrush to clean the sides of the plastic tub. To feed the fish, dunk the worms into the tank. The microworms will live between 8 and 12 hours in water. Avoid overfeeding to prevent water quality problems. It’s okay if a little potato mixture gets into the aquarium because the omnivore fish will eat it along with the roundworms.

Hobbyists know that microworms are sometimes difficult to feed. This could be due to nutrient deficiencies, water quality issues, or a lack of food.

How to Keep the Micro Worm Culture Alive

Over time, the culture becomes more and more filled with worm poop, making the medium very runny in consistency. Repeat Steps 2-5 above to create a new cultural unit. Add one spoonful of worms to the existing culture. Once the fry are large enough, we highly recommend switching over to live baby brine shrimp because of high protein, fat, and nutrition content. The article below explains how to raise your own brine shrimp.

Why is Easy Green Raising my Nitrate?