How to Treat the Livebearer Disease

How to Treat Livebearer Disease Livebearer disease is a catch-all term used to describe many disorders that commonly affect livebearers (or fish that bear live young). These different ailments can include the shimmies, wasting disease, … 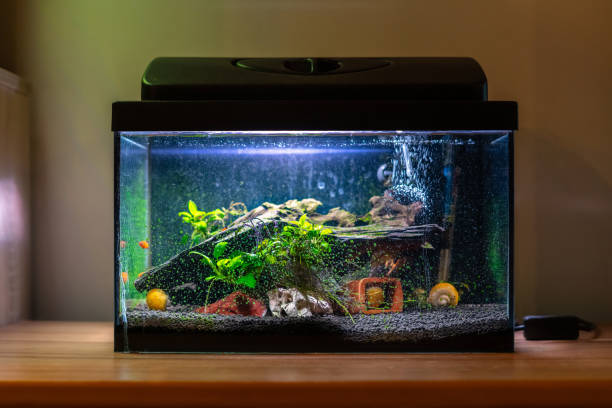 How to Treat Livebearer Disease

Livebearer disease is a catch-all term used to describe many disorders that commonly affect livebearers (or fish that bear live young). These different ailments can include the shimmies, wasting disease, body fungus, and more. It is important to first diagnose your fish and then treat the disease.

Why are so many diseases called “Livebearer disease”?

Livebearers are frequently raised in hard water or brackish environments (see this article for more details), and when they get brought into our fully freshwater aquariums, their bodies start to crash, their immune systems become compromised, and it’s easier for pathogens to attack. Unknowingly, many people buy livebearers that are stressed and then catch the next disease. This can wipe out all fish in the tank. Because hobbyists aren’t skilled at diagnosing fish diseases, this outbreak is often called “livebearer disease”. There exist thousands of fish disorders in nature, but most likely your livebearer has fin rot, internal worms, fungus, or another commonplace disease. We strongly recommend that all fish enter your home be quarantined, feed them high quality foods and treat them with preventative medication (such as vaccinating a puppy).

We were concerned about the health problems that new livebearers face. Therefore, we sought out ichthyologists to help us narrow down the selection of fish medications. Based on our research, we narrowed down the search to three broad-spectrum medications – Mardel Maracyn, Aquarium Solutions Ich-X, and Fritz ParaCleanse. Our fish store has received thousands of fish over the years, and every fish gets treated with this trio of quarantine medications to ensure they have a clean bill of health. This article will show you how to prevent illness in your fish by using these medications at home. 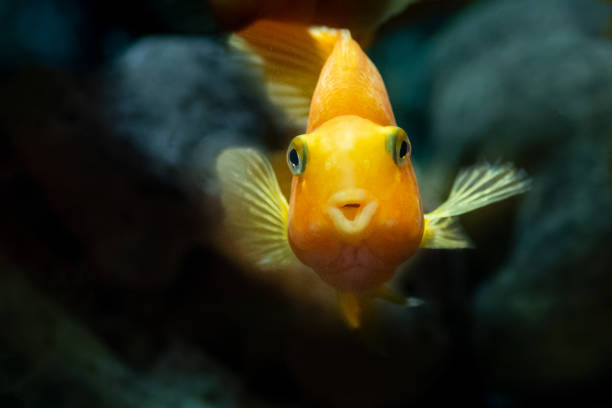 Shimmying is a common symptom in mollies and other livebearers. It’s when the fish moves its body in a snake-like, slithering motion. Shimmies can be caused either by:

This last reason is the most prevalent. Most farm-raised livebearers were raised in brackish or hard water environments. Therefore, the conventional wisdom for the past 30 to 40 years has been to add salt to treat shimmying in livebearers and African cichlids. “Livebearer salt” not only contains sodium chloride salt (e.g., regular table salt and aquarium salt), but also a mixture of calcium, magnesium, electrolytes, and other minerals that are essential for healthy biological functions. Salt can cause damage to plants and snails in higher concentrations, which is why we don’t recommend it. Mollies may shimmy if they were born in brackish environments (partly freshwater, partially saltwater).

You can provide optimal conditions for your livebearer’s health by increasing the pH level from 7.0 to 8.2, warmer temperatures between 76 and 80degF, as well as a higher mineral content. Minerals can easily be added to soft water by adding Wonder Shell, crushed coral and Seachem Equilibrium. If your tap water is extremely hard, simply doing more frequent, partial water changes may be enough to bring additional minerals into the aquarium. Just remember that the fish you bought may have been sitting at the wholesaler and fish store for a long time in fresh water with no minerals. Therefore, it may not be possible to save the fish if the damage was already done and it wasn’t treated quickly enough.

A typical example of wasting disease looks like this: you buy 20 fish and a month later, five of them look very skinny while the rest are acting fine. Five of the five fish you bought eventually pass away. Then, a few months later, five more fish start to become thinner and begin to die. This is due to internal parasites like tapeworms and camallanus worms. The parasites take nutrients from the fish’s bodies, leading to weight loss and organ damage over the long-term.

Tapeworms can infest fish’s digestive systems and cause blockages. Some symptoms include stringy poop and weight loss, but the disease can be hard to accurately diagnose without examining the feces under a microscope. That’s why we recommend that every fish gets a preventative treatment of ParaCleanse, which contains an antiparasitic drug called metronidazole and a dewormer called praziquantel. Two to three weeks after the initial treatment, you should use another round of ParaCleanse to ensure that all newly hatched eggs are also eliminated. Tapeworms may be hard to identify without a microscope.

ParaCleanse is not effective in stopping wasting disease. You may need to use another type of dewormer. Fritz Expel-P is very effective for treating roundworms, camallanus red worms, hookworms, and even planaria in your aquarium. While most internal parasites are invisible to the naked eye, camallanus worms are easier to spot since you can visually see small, red worms sticking out of the fish’s anus. Medications like Expel-P that contain the active ingredient of levamisole or flubendazole work by paralyzing the adult worms so that they can be expelled by the fish and removed using an aquarium siphon. Two to three weeks after the initial treatment, dose the tank again with the dewormer to deal with any remaining parasites.

Because their eggs can be passed through fish waste, worms are easy to spread. Livebearers are also good scavengers and will eat infected feces. Worms can also infect other species such as angelfish but they don’t usually kill them. The parasites that live on large cichlids are tiny, so the parasites won’t be too big to harm them. However, when a guppy or other small livebearer gets infected, they are much smaller in size, and it only takes a few worms to wreak havoc on their health.

How to Prevent Livebearer Disease

Preventing illness is the key to fish health. If you are looking for new livebearers, these guidelines will help:

1. Provide the proper water parameters with a pH of 7.0 or higher and lots of minerals in the aquarium. Use crushed coral, Wonder Shell, or Equilibrium to help boost your mineral levels if needed. 2. Put all new fish in a quarantine tank for a few weeks to observe for signs of illness and to prevent an outbreak from spreading to your display tank. You can prevent them from contracting the most common diseases by treating them with the trio. 3. While the fish are in quarantine, provide a low-stress environment to help them recover from their travels and rebuild their immune systems. They should be kept away from other aggressive fish and fed plenty of healthy food.

If your fish exhibits a different set symptom and you doubt they have livebearer’s disease, you can check our articles on other fish diseases with detailed instructions.

How to Grow Aquarium Plants For Profit